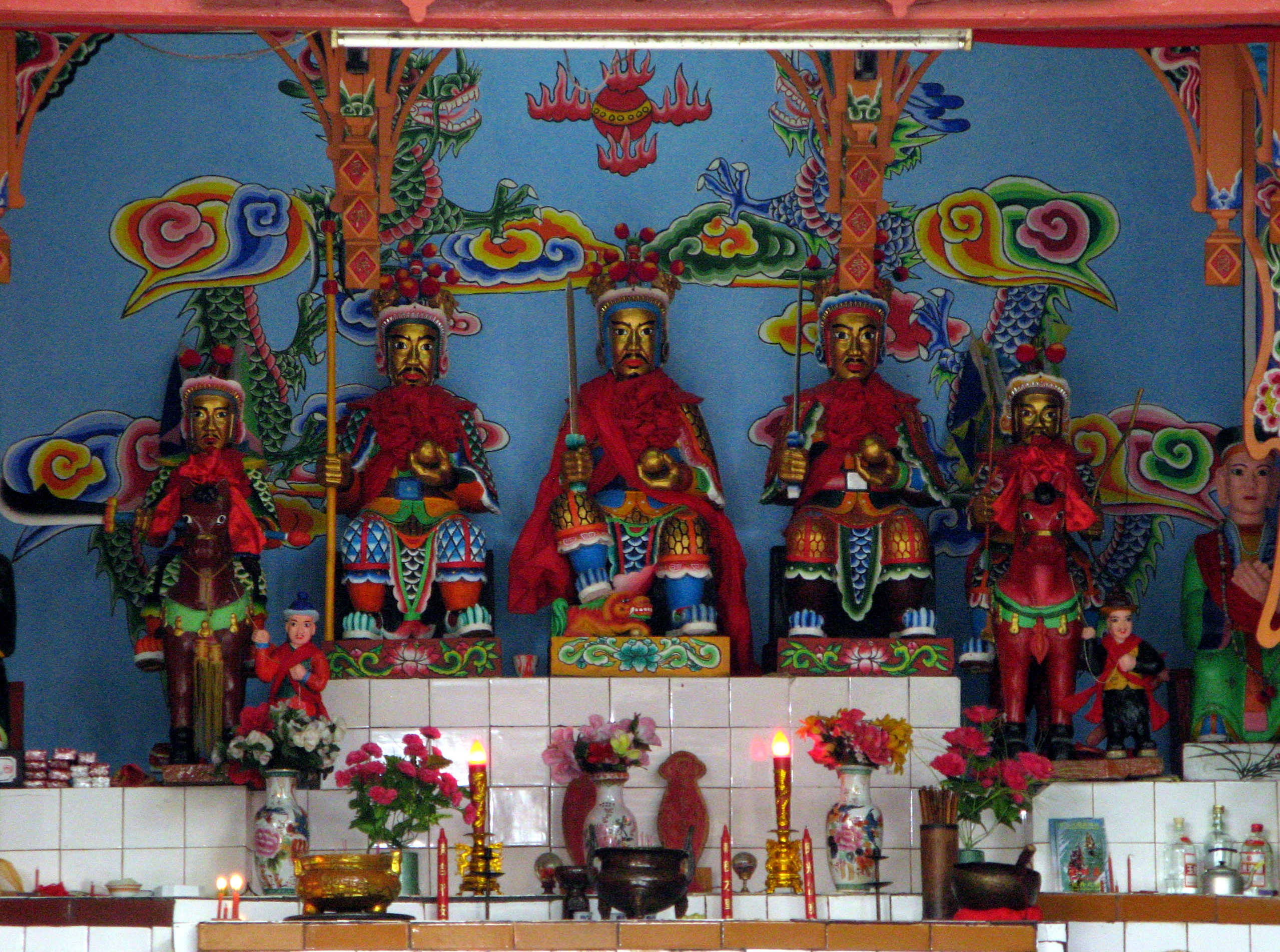 The Sanxing (三星 "Three Stars") are the gods of the three stars or constellations considered essential in Chinese astrology and mythology: Jupiter, Ursa Major, and Sirius. Fu, Lu, and Shou (|s=||p=Fú Lù Shòu||cy=Fūk Luhk Sauh}}), or Cai, Zi and Shou (財子壽) are also the embodiments of Fortune (Fu), presiding over planet Jupiter, Prosperity (Lu), presiding over Ursa Major, and Longevity (Shou), presiding over Sirius. They have emerged from Chinese folk religion. Their iconic representation as three, old, bearded, wise men dates back to the Ming dynasty, when the gods of the three stars were represented in human form for the first time. They are sometimes identified with other deities of the Chinese religion or of Taoism.

The term is commonly used in Chinese culture to denote the three attributes of a good life. Statues of these three gods are found on the facades of folk religion's temples and ancestral shrines, in nearly every Chinese home and many Chinese-owned shops on small altars with a glass of water, an orange or other auspicious offerings, especially during Chinese New Year. Traditionally, they are arranged right to left (so Shou is on the left of the viewer, Lu in the middle, and Fu on the far right), just as Chinese characters are traditionally written from right to left. Provided by Wikipedia
1
Study of static stress triggering model through the activities of main-and aftershocks in Xinjiang
by Jiang Hui; Deng Zhihui; Wang Haitao; Wang Qiong; Lu Xing
Published in 2011
journal article
Save to List