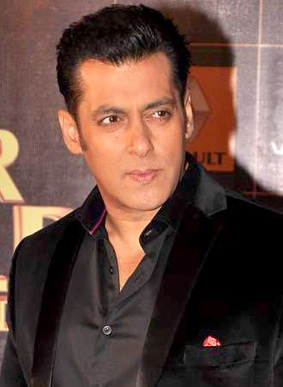 Abdul Rashid Salim Salman Khan (; 27 December 1965) is an Indian actor, film producer, singer, painter and television personality who works in Hindi films. In a film career spanning over thirty years, Khan has received numerous awards, including two National Film Awards as a film producer, and two Filmfare Awards for acting. He is cited in the media as one of the most commercially successful actors of Indian cinema. ''Forbes'' included him in their 2015 list of Top-Paid 100 Celebrity Entertainers in the world; Khan tied with Amitabh Bachchan for No. 71 on the list, both with earnings of $33.5 million. According to the ''Forbes'' 2018 list of Top-Paid 100 Celebrity Entertainers in world, Khan was the highest-ranked Indian with 82nd rank with earnings of $37.7 million. He is also known as the host of the reality show, ''Bigg Boss'' since 2010.

In addition to his acting career, Khan is a television presenter and promotes humanitarian causes through his charity, Being Human Foundation. Khan's off-screen life is marred by controversy and legal troubles. In 2015 he was convicted of culpable homicide for a negligent driving case in which he ran over five people with his car, killing one, but his conviction was set aside on appeal. On 5 April 2018, Khan was convicted in a blackbuck poaching case and sentenced to five years imprisonment. He is currently out on bail while an appeal is being heard.